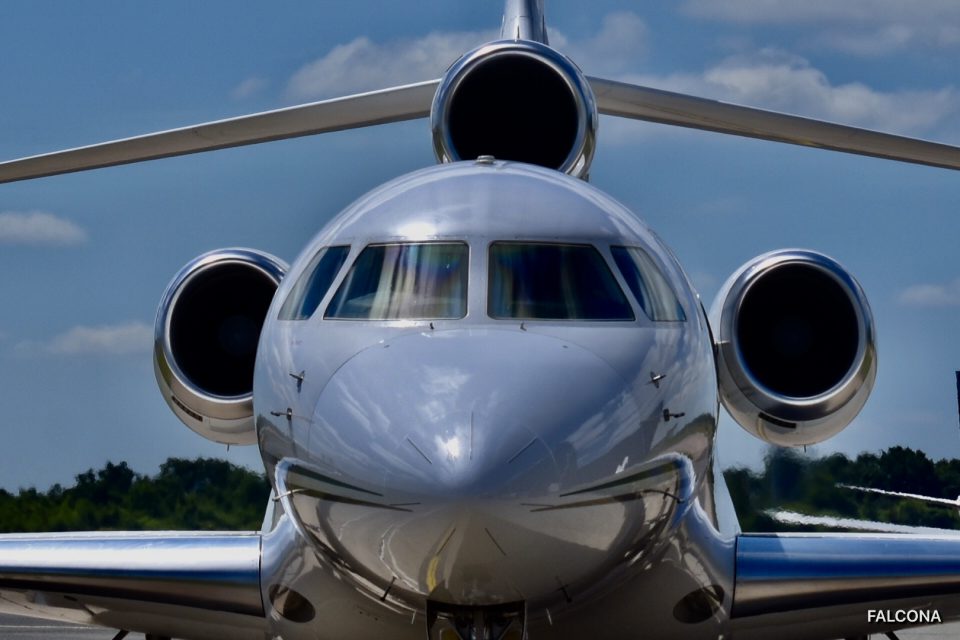 Posted at 12:37h in General by controller

When you charter a Dassault Falcon three-engine private jet, not only do you get to fly on a smart looking aircraft, you also have other benefits, compared to other aircraft in its category. If you’re looking to fly on transatlantic routes, then the Falcon’s are a great way to get there.

Trijets are more efficient and due to their added thrust, trijets will have slightly improved take-off performance compared to twinjets.

Because take-off performance for aircraft is usually calculated to include an extra margin to account for a possible engine failure, trijets are better able to take off from hot and high airports or those where terrain clearance near the runway is an issue.

Called Extended-Range Twin Operations, better known as ETOPS. The rules set strict criteria for reliability that enabled twin-engine jets to operate over water in places that were 60, 90, 120 or more minutes from a suitable airport.

Additionally, for trijets on the ground with one engine inoperative, approval can be granted to perform two-engine ferry flights. Prior to the introduction of ETOPS, only trijets and quadjets were able to perform long international flights over areas without any diversion airports.

However, this advantage has largely disappeared in recent years as ETOPS-certified twin-engined aircraft are able to do so as well. Such as the Gulfstream G650.

With the exception of the Dassault Falcon 7X, Falcon 8x, and Falcon 900, no manufacturer now produces three-engine airliners.

There are reasons for having more than two engines that have nothing to do with reliability. The Falcon 50 was the first of Dassault’s three-engine types; then came the Model 900 series and now the 7X.

As of 2016, the Falcon 7X, 8X, and 900 business jets, all of which use S-ducts, are the only trijets in production. The Falcon’s excellent non-stop range and unique ability to land at small airports gets you closer to your destination.

Falcona has access to 10 Falcon 8X aircraft, over 30 Falcon 7X and over 40 Falcon 900s aircraft throughout Europe and the Middle East for charter flights.